How To Get Targeted Traffic From Twitter Tutorials CD ($10.00)

“How I Get More Traffic From This Newly-Tapped (And FREE) Source Than Most Big Spenders Blow-Through In Their Paid Accounts!”

Best of all, this is targeted traffic, the kind that turns into S-A-L-E-S! Better get a piece of yours before this Wild West rail moves on for good

A lot of folks will try to sell you on getting more followers with Twitter.

But does it really?

Targeted traffic = sales, and I have the stats to prove it. 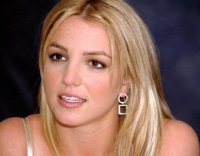 Sure, I could get Britney Spears'
followers, but will they
convert to customers?

Put another way: A few hundred followers who are passionate about my niche are light years better than hundreds of thousands who could care less.

I could probably get thousands of Britney Spears' followers to follow me, but what will that get me? Do you think they're going to want to network with me or visit my blog or buy my products and services?

This is a case where quality definitely trumps quantity.

And where you choose to focus your efforts makes all the difference.

Why Twitter? Well, it just happens to be a very effective way of generated pre-qualified free website traffic. If you do it correctly.

In fact, I made just a few changes to my Twitter account and my blog less than a month ago, and look what's happened since: 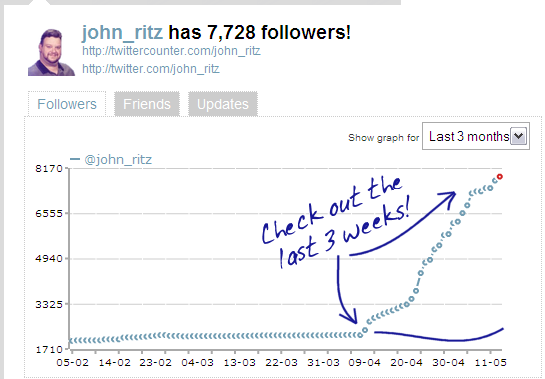 For a long time, I hovered around the same number of followers. That's because I didn't do anything to change that.

"Listen Carefully To Everything He Says About Marketing!"

"I've 'grown up' in the copywriting business with John. He's a hot writer who can funnel cash from even 'tough customers.'

"But he's more than a writer. Listen carefully to everything he says about marketing! John's an 'insider' with some of the top names in the business, and his bag of tricks gets deeper by the day!"

"As a direct response marketer and copywriter, John gets it.

"He knows that great copywriting chops are only half the battle.

"The top copywriters also practice world-class marketing strategies, and John's 'in the trenches' experience puts him in the big leagues.

"It's no wonder John has his pick of the best and brightest marketers in the world to work with."

"I DREAM about having John Ritskowitz write every word of sales copy that markets everything I do.

"I CRAVE claiming every second of his priceless time and every brilliant thought from his elegant marketing mind.

I REJOICE in knowing that John is impacting millions with his heart, compassion and professional mastery."

— Ken McArthur
Best-Selling Author of "Impact: How to Get Noticed, Motivate Millions and Make a Difference in a Noisy World"
TheImpactFactor.com

But right around the 2nd week of April I started experimenting and using these techniques (that I want to show you), and boy did they deliver! Some of them I figured out on my own—that nobody else is talking about—and some I learned from others. But the end result is pretty clear.

Now I don't claim to be a social media expert or Twitter guru. Mostly I just applied some tried and true direct response techniques, that I already know work, to Twitter and my blog.

Converting them to sales wasn't as simple. But it's definitely doable.

I want to show you what I did that got me free targeted traffic and more sales from these few tweaks that I made (it has nothing to do with "mass following" or anything like that).

I put everything I did into a series of videos. They're full of meat, and they show you exactly how you can do the same thing I did to get results like this.

If you're just looking to gain more followers on Twitter, you'll get that here, but you won't be pleased with the results. I'll wager you'll do a LOT better with the targeted traffic and SALES that these followers will bring you. But you need to know how to get the right people to follow you.

And that's just part of what I want to show you. In fact, here are the video's I've created for you: 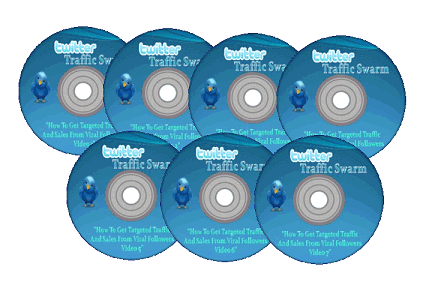 These videos show the EXACT steps I've done in the last 3 weeks to get massive targeted traffic to my blog, and more importantly, sales!

In fact, look at my blog traffic analytics. Every time there was a spike in traffic and sales, it coincided with a promo or tweet I did on Twitter.

There's no coincidence there. This stuff works, and it's not that hard to do.

UPDATE: In the week following my "experiment," I noticed that my targeted followers continue to climb (leading to even more traffic and sales).

What did I do? Absolutely NOTHING!

You heard me correctly. Once the fire is lit, it continues to burn, whether you're fanning the flames or not! Check it out:

That graph shows the week after my 3-week test. Notice my qualified followers continued to rise, even when I did nothing. I barely even tweeted that week (and certainly didn't do any promos), because I was pulled away, working on other projects.

So this thing is like a runaway train. Once it gets going, it continues to gain speed with or without you, once you plant the seeds.

That's the viral element taking over. Your followers will keep things going for you, even when you're not there!

My video series shows you step-by-step what I did, and more importantly, what YOU can do yourself to generate this kind of targeted traffic that leads to sales.

Look at it this way: Twitter may be fairly new on the scene, but it's here to stay. With big companies like Zappos, JetBlue, Southwest, Comcast, Dell, MSNBC, Dunkin' Donuts, and countless others joining Twitter every day and building their own targeted followers, Twitter's not going anywhere any time soon.

“You Do NOT Want To Be The Entrepreneur
Who Hasn't Seen These
Ultra-Effective Twitter Secrets!”

See, it's the late adopters who are going to find themselves trying to play "catch-up." Don't let your business fall behind your competitors'. They're already exploring new and creative ways to integrate their businesses with Twitter.

Check this out! It's been over a month since I sent this tweet
and it's still being retweeted! Leveraging other people's
follower lists is the key to the "viral machine"


Doesn't it make sense to not only find out what all the fuss is about, but learn some of the cutting edge strategies being used with Twitter while the platform is still in its infancy? That way your competitors are the ones struggling to catch up to you!

Now these videos are by no means an A to Z reference of everything you can do with Twitter. Such a thing doesn't exist. New innovative solutions are being created out of thin air all the time.

But when you do invest in this video package, I'll make sure I keep you abreast of all the neat useful tips, tricks, news, software, and strategies that I come across as they become available. That way you're investing now and for the future!

In fact, I'm not going to beat around the bush trying to convince you the value of these videos. I'm going to GIVE you one of my best ones—the foundation of viral followers right here—in the hopes that you see what I'm getting at when I talk about turning one targeted follower into a viral stream of many.

I hope you see the power of this potential. Even MLM can't match this for sheer numbers reached with their "pyramid" structure. After all, there's absolutely NO pyramid of any kind here!

No, this is MUCH more powerful.

(HINT: The beginning of the video is basic bio and background image stuff—which shouldn't be ignored, mind you—but then I show you the true power of leveraging Twitter into viral followers—and that's just the FIRST step!)

There's plenty more that I want to show you.

I will admit, however, that it will take an hour or two to set everything up, then 10 minutes or so each day, depending on how much you want to gain using these methods.

"More Than Half A Million Dollars In Sales!"

"My first IM event was JV Alert Live in June, 2007 (I was greener than an unripe tomato at that time).

"One of the people I met was John Ritz.

"You have to remember that I was GREEN... I was not a copywriter, and I had NO products of my own.

"John was fairly bigtime... a well-established copywriter with millions of dollars in sales under his belt.

"Even so... when I sat down to chat with John, he laid a FORTUNE'S worth of advice on me...

"John's advice helped me get my start as a copywriter.

"I don't know if I've shared this bit of info with him before... but I actually did more than half a million dollars in sales for my copywriting clients over the following year."

But like you saw above, once you set things in motion, you'll continue to see results whether you're at your computer (or iPhone or whatever you use to access Twitter) or not.

So Here's The Million Dollar Question...

How much for the videos?

Well, given the potential these methods can have to your bottom line, I could easily charge $197 or more, and I'd still be providing MUCH more value than that kind of investment.

Even $97 would be a steal for everything you're getting here. Especially when you put all these tactics and strategies in place and see the difference even the tiniest (but well-placed) changes can make. Small hinges do swing large doors.

Ideally I'd like to give them away as dirt cheap as possible, but I've often noticed that people who pay little expect little value in return, and they stick the videos on a shelf somewhere or on their computer, never to be watched, let alone acted upon.

I definitely don't want that to happen here. I want you to USE these videos to succeed.

So after careful consideration, I've decided that $67 is a more-than-fair investment.